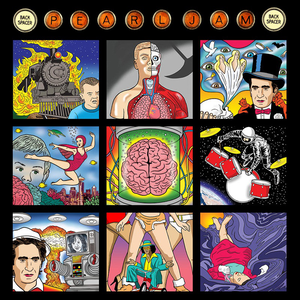 The band released the album through its own label Monkeywrench Records in the United States and through Universal Music Group internationally. Pearl Jam went back to producer Brendan O'Brien who they hadn't worked with since 1998's Yield. "At this point, I think we're willing to let somebody cut the songs up a little bit," says lead vocalist Eddie Vedder. "In the past, Brendan would say, 'It's a great song, but I think you should do it in a different key', and we'd say no. But now that we've heard Bruce [Springsteen] has listened to his suggestions, I think we will too." Bassist Jeff Ament said, "He brings a brutally honest approach to what he thinks is working and what isn't, and it really moves things along...We don't get weighted down with ideas that maybe aren't even that good. He's one of the few people outside of the band that we trust with our music, and we're really, really looking forward to making this record." McCready said, "I'd sum it up as kind of a tight, concise, rock ’n’ roll record with kind of pop or maybe new wave elements to it...It’s a really quick record, but I like that element to it. I like the sparseness of the songs and the way that Brendan pulled us together and made us play as good as we could." Backspacer has reached number 1 on Bilboard top 200. User-contributed text is available under the Creative Commons By-SA License; additional terms may apply.