Album: All Hope Is Gone 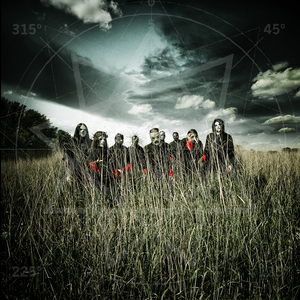 All Hope Is Gone is the fourth studio album by American metal band Slipknot. Released on August 20, 2008 by Roadrunner Records, the album was published in two versions: the standard album in a Compact Disc case and a special edition packaged in a six-fold digipak containing three bonus tracks, a 40 page booklet, and a bonus DVD with a documentary of the album's recording. Preparation for the album began in 2007, while recording started in February 2008 in the band's home state of Iowa. All Hope Is Gone is Slipknot's first studio album since 2004's Vol. 3: (The Subliminal Verses). Before the album's launch, Slipknot released a series of promotional images and audio samples from the album through various websites. All Hope Is Gone is considered the band's most eclectic-sounding album, incorporating elements from their previous three. All Hope Is Gone includes their "brutal" edge, such as the track "All Hope Is Gone", reminiscent of songs such as "(sic)" from their debut self-titled album; slow burning, "trippy" elements such as "Gehenna", reminiscent of "Skin Ticket" from their second album Iowa; and acoustics ("Snuff") and guitar solos (all songs), which were first introduced on Vol. 3: (The Subliminal Verses). Lyrically, All Hope Is Gone centers on themes such as anger, disaffection, obsession, and the music industry. The album name also features a more prominent focus on politics than their previous albums. Slipknot promoted All Hope Is Gone on a world tour and at the Mayhem Festival. Generally well received by critics, the album reached the top position on nine record charts worldwide, including the Billboard 200—the first Slipknot album to do so. It has been certified Platinum by the RIAA on the 10th of August, 2010 for shipments in excess of 1,000,000 albums in the United States. It is the final studio album released by the band to include bassist and founding member, Paul Gray, who was found dead in an Iowa hotel on May 24, 2010, almost two years after the release of All Hope Is Gone. User-contributed text is available under the Creative Commons By-SA License; additional terms may apply.