Album: A Band In Hope 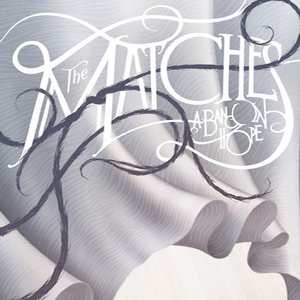 Stolen from Wikipedia: A Band in Hope (formerly The Mad Silentist) is the third studio album by The Matches and was released on March 15, 2008 in Australia and Europe and March 18, 2008 in the US. Like their previous album Decomposer, A Band in Hope features multiple producers, though fewer this time around. According to frontman Shawn Harris' blog, the album was created in a period of despair due to the lukewarm reception and record sales of Decomposer. Instead of following up with the sister album titled The Mad Silentist, the band scrapped many of the old songs (only 4 remain in the final cut) and re-wrote the album. The new album, as Harris states, sways between hope and despair, and the hope one gets when they feel disillusioned and abandoned. The album was leaked on February 11, 2008. On Tuesday, March 11, The Matches released the entire album on their MySpace page, and were featured on the Myspace front page. The next day the video for the first single "Wake the Sun" was released exclusively on Yahoo! Music. The video for "Yankee in a Chip Shop" was supposed to debut on Myspace.com Music on Friday, August 29th. However, due to the issues listed below in a blog post from singer/guitarist Shawn Harris the video was removed shortly after it's posting. (The issue has since been resolved and the video released.) "Serious bullshit is going down. I've been on the phone all morning (I do mean morning - try 5am) with our label and the London Metropolitan Police (our manager is out of town). I'm told that the "clip" Yankee in a Chip Shop contains footage of us "engaged in violating British law" and that our rights of dissemination are in question. Serious bullshit. Public officers had taken our names during one incident on the shoot, which we kinda laughed off.. I seriously thought they were rent-a-cops. Apparently our files had been in processing, and had gotten investigated due to CCTV tapes of us running down the middle of the huge roundabout at Piccadilly Circus that was the video's finale. Funny thing is, Epitaph, who's under pressure here, didn't have anything to do with making the video at all. The only money spent on this video came out of my pocket-- I'd been saving up checks from art jobs just to shoot this second video for our new record-- one that there was no budget for in our recording contract, but that I was passionate about, and knew that people would be tickled to see. Epitaph didn't even know we were making a video! When we brought back the footage, they were thrilled, and then totally got behind us-- helping us get great online coverage, and hopefully TV as well. Having them behind us gets our video and song much more potential coverage. Maybe instead I should have just slipped the thing online right when we finished it. Forgone the pomp and circumstance and just had the parade, tho be it smaller, before the red tape and roadblocks went up. ...The video is promotional and we're not intending to make any money off of it. I just want people to see this video we shot." -Shawn Harris User-contributed text is available under the Creative Commons By-SA License; additional terms may apply.