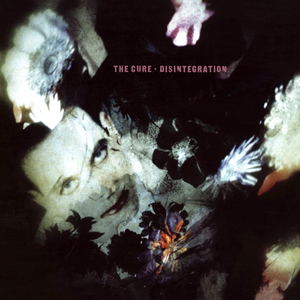 Disintegration is the eighth studio album by English alternative rock band The Cure, released on May 1, 1989. The record marks a return to the gloomy gothic rock style and introspective lyrics the band had established in the early 1980s, and is one of three quintessential Cure albums performed in entirety on the band's double live album, Trilogy. Stephen Thomas Erlewine of Allmusic called it the "culmination of all the musical directions the Cure were pursuing over the course of the '80s." In spite of record label fears that the album would be "commercial suicide", Disintegration became the band's commercial peak, and produced several hit singles including 'Lullaby,' 'Fascination Street,' 'Lovesong,' and 'Pictures of You.' User-contributed text is available under the Creative Commons By-SA License; additional terms may apply.