Album: Songs in A Minor 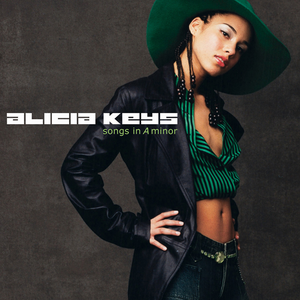 Songs in A Minor is the debut studio album by American singer and songwriter Alicia Keys. It was released on June 5, 2001, by J Records. Keys began writing songs for the album in 1995 at age 14 and recording the album in 1998 for Columbia Records, but after they rejected it, she signed a recording contract with Clive Davis's Arista Records and eventually J Records. An accomplished, classically trained pianist, Keys wrote, arranged and produced the majority of the album herself. It is a neo soul album with elements of R&B, soul, jazz, hip hop, blues, classical, and gospel music. Lyrically, the songs explore the complexities and various stages of personal relationships. Despite its title, "Jane Doe" is the only song on the album actually in the key of A minor. User-contributed text is available under the Creative Commons By-SA License; additional terms may apply.