Album: As I Am 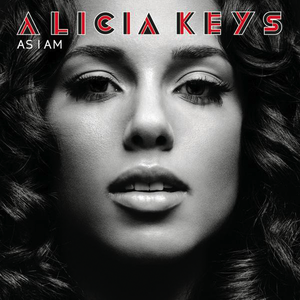 As I Am is the third studio album by American R&B and soul musician Alicia Keys, released November 13, 2007 on J Records in the United States. Recording sessions for the album took place at various locations during 2005 to 2007, and production was handled by Keys and other producers, including Kerry "Krucial" Brothers, Linda Perry, Marsha Ambrosius, and John Mayer. The album became Alicia Keys' fourth consecutive number-one album on the Billboard 200, selling 742,000 copies in its first week. The album spawned four singles that attained Billboard chart success. As I Am was ranked the U.S.' best-selling album overall of 2008 by Billboard, while its lead single, "No One", became the most listened song in America that same year. On January 3, 2008, the album was certified triple platinum in sales by the Recording Industry Association of America (RIAA), which made it Keys's third multi-platinum album in the United States. Based on an aggregate score of 66/100 from Metacritic, As I Am received generally positive reviews from music critics and earned Keys several awards, including two Grammy Awards for the song "No One" and a Best Female R&B Vocal Performance Grammy for "Superwoman". Rolling Stone magazine named it the thirty-sixth best album of 2007. The album's third single, "Teenage Love Affair", was named the twenty-third best song of the year. User-contributed text is available under the Creative Commons By-SA License; additional terms may apply.