Album: On the Border 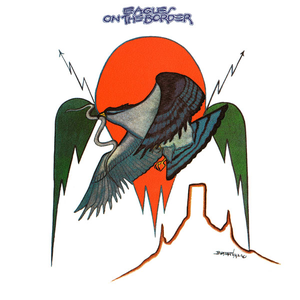 The crossover album from Country to Rock for this seminal 70's band. Perhaps their most important album in terms of creativity, the band members were masters at their country foundations but this represented a brave new world and risked their very existence as a popular, if predictable, soft country rock band into something a bit more adventurous. And whilst they never aspired to Led Zepplin esq. standards, this album carved a unique niche which is unlikely to be replicated. An underrated album in the pantheon of Rock n' Roll simply because it was such an enormous risk for the band but, thankfully, it paid off. User-contributed text is available under the Creative Commons By-SA License; additional terms may apply.