Album: The Element of Freedom 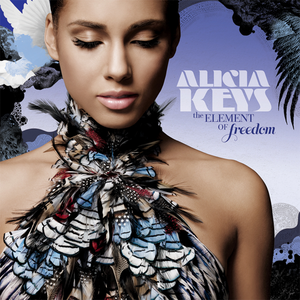 The Element of Freedom is the fourth studio album by American R&B musician Alicia Keys, released December 11, 2009, on J Records. Recording sessions for the album took place during May to September 2009 at The Oven Studios in Long Island, New York. Production was handled by Keys, Jeff Bhasker, Swizz Beatz, Noah "40" Shebib, and Kerry "Krucial" Brothers. The album debuted at number two on the U.S. Billboard 200 chart, selling 417,000 copies in its first week. It became Keys' first non-number one album in the United States and her first number one album in the United Kingdom. The Element of Freedom was certified platinum by the RIAA within its first month of release and produced five singles that attained moderate chart success. Despite mixed criticism towards its low-key style and Keys' songwriting, the album received generally positive reviews from most music critics. As of August 4, 2010, it has sold 1,391,300 copies in the United States. User-contributed text is available under the Creative Commons By-SA License; additional terms may apply.