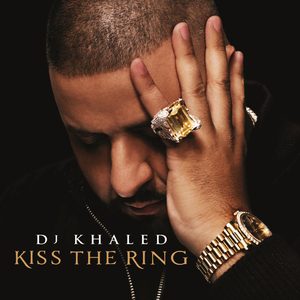 Kiss the Ring is the sixth studio album by DJ Khaled. It was released under We the Best Music Group, Terror Squad, Cash Money Records, and Universal Republic Records on August 21, 2012. The album's first single "Take It to the Head" featuring Chris Brown, Rick Ross, Nicki Minaj and Lil Wayne was released on April 3, 2012. The second single from Kiss the Ring is "I Wish You Would" and features Kanye West and Rick Ross. It is produced by Hit-Boy. User-contributed text is available under the Creative Commons By-SA License; additional terms may apply.