Artur Rojek (born May 6, 1972) is the former guitarist and lead singer of the Polish alternative rock groups Myslovitz and Lenny Valentino. He and the lead guitarist Wojciech Powaga founded the former in 1992. The band were initially called The Freshmen, after the movie The Freshman (featuring Marlon Brando and Matthew Broderick). However, in 1994 they changed name into Myslovitz, which is German for their town of origin Mysłowice, Poland. He cooperated with many artist, like Smolik, Nosowska, etc. 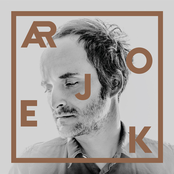