IMPORTANT NOTE: ***There are several bands/artists under the name CODE BLUE. There are two mentioned below so far. The first bio (I.) refers to the Los Angeles based Power Pop/Post-Punk/ band from 1978-1981 fronted by Dean Chamberlain.*** The second bio (II.) following that is of a blues, bluesrock band from southern Indiana featuring Bobbie Lancaster. I. "Quoted from the liner notes written by Chris Silagyi for Code Blue's reissue of their self-titled album in 2003. The most complete and accurate bio of the band to date." 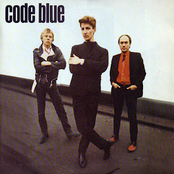