Commando Musse Pigg (Commando Mickey Mouse) was quickly renamed Commando M Pigg and later to Commando, was a Swedish band, active between 1980 and 1990. The group was founded by Anders Karl Mark and Svante Fregert in Stockholm in 1980, and became one of the new wave's most publicized bands. The group reunited for concerts in autumn 2008, now re-named Commando M Pigg. 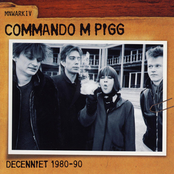 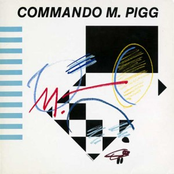