There is more than one artist with this name: 1. French Kiss (フレンチ・キス) is a Japanese pop trio, and a sub-unit of AKB48, and was announced June 28, 2010. The group debuted with the single Zutto Mae Kara (ずっと前から) on September 8, 2010. The correct tag for the Japanese group is フレンチ・キス. 2. French Kiss was a New Wave/New Romantic band that originated in Finland in 1982. The second lineup consisted of Ben Marlene (Lead Vocals) 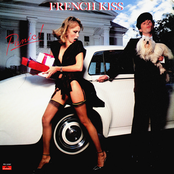