Born and raised in Dallas Texas, Gary Myrick started playing music at the age of 10. Encouraged by his parents based on his artwork from the age of 6. By age 14, Gary was writing songs. By 18, he had his first all original band called Smiley. A three piece Glam/Pop band. By age 20, Myrick started a band called Gary Myrick & Slip of the Wrist which also played all original songs. They made a swift reputation at the legendary Cellar Club in Dallas Fortworth. The club was run by the 1950s Rockabilly legand, Johnny Carol. 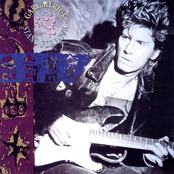 Waltz Of The Scarecrow King

Bonnie Hayes With The Wild Combo