The Human Switchboard formed in 1977 when Bob Pfeifer met Myrna Marcarian at Syracuse University. They spent that summer back in Cleveland, where Pfeifer grew up. They, along with drummer Ron Metz, recorded an EP of four songs, enlisting David Thomas of Pere Ubu to mix the tapes. The EP was self released during that fall. The band next recorded their 'I Gotta Know / NO' single for Akron's Clone Records during a spring break in 1978. By this time, Pfeifer and Metz had moved to Columbus to Attend Ohio State University. 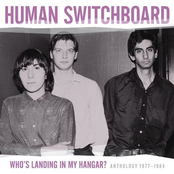 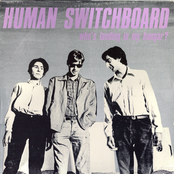 Who's Landing In My Hangar?