There are several groups with this name: 1) 'Network' were a New York hard rock band of the late 70s, which recorded two albums. Michael Ricciardella (drums, vocals) and Richie Cerniglia (guitar) were both in the late 60s heavy psychededlic band The Illusion. They were also both in the short-lived hard rock band 'Wiggy Bits' just before Network, which recorded one album. 2) The_Network (Network) is a hardcore/grindcore band from New Hampshire. After signing to Black Market Activities 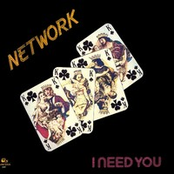 Talk of the Town