Nolan Porter was born in Los Angeles, California. He grew up in the Los Angeles area for most of his life. You could call him a native, but he prefers to think of himself in other terms. He later graduated from Los Angeles High school. His love of music along with his talent for writing and vocalizing put him into Lizard Recording Studio in the early 70’s, putting out two albums, “Nolan” and “Nolan, No Apologies”. He was written up 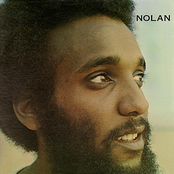