Consisting of Esben Nørskov Andersen & Pernille Smith-Sivertsen, electronic duo, Rangleklods debuted in 2011 with their EP Home from which the single “Young and Dumb” was taken, described by NME as '...something truly brilliant, hypnotic, warped and alien sounding all at once.". The debut album Beekeeper was released in 2012 to great praise in the media and Rangleklods’ growing fanbase. The duo have been one of the most proficiently touring Danish bands internationally for several years 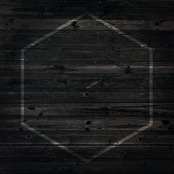