Axel & cal Their first fullength album will be released later in 2008. The work in the studio has begun and they can already tell it's going to be a great album! 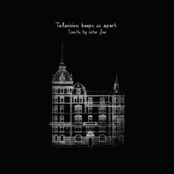