The Luxembourg Signal, while being a brand new project, features members who have been playing together for years as part of the much adored Aberdeen (Sarah Records). Several years, several bands -- including most recently Fonda and Trembling Blue Stars -- and a few reunions later, Johnny Joyner, Beth Arzy, Brian Espinosa and Ginny Pitchford started The Luxembourg Signal. Piecing together almost ten years of ideas and nabbing any recording time possible with Beth when visiting Los Angeles from the UK, their debut LP was released in 2014 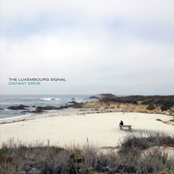